So it’s been a bit since my last post – mostly because of Planet Comicon.  That’s the local Kansas City pop culture convention that’s sort of like the San Diego mega-show but on a much more modest scale.

I went dressed as Agent Carter with a friend who was dressed as a classic BSG Cylon. 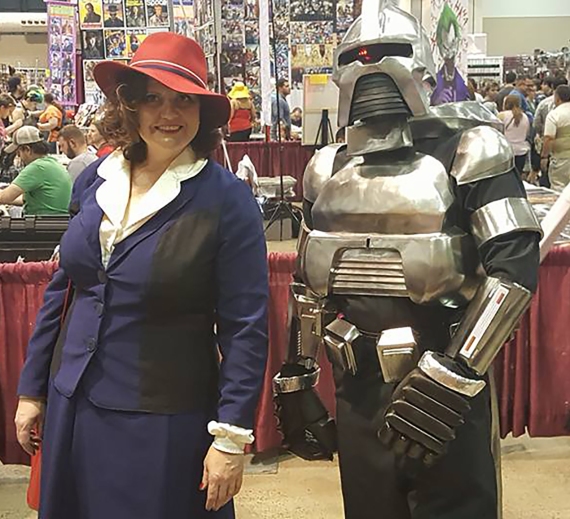 I was his handler because, well, he needed one. It’s probably pretty obvious that visibility is not a premium in that suit, and he also had the “whom whom” cylon eye sound effect playing such that hearing wasn’t great. The upshot was that he was basically a walking bowling pin and would have probably killed himself and maybe others if I (or my equivalent) hadn’t been there to help him out. As a bonus I got to boot children out of the way if they dove in front of him or tried to hug his legs – so WIN.

It was a BLAST.  There were a few goofy moments, though, if I am being honest.